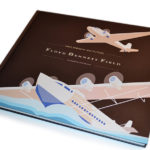 Whether we would like to admit to this statement or not, “A majority of us, human beings, are social creatures who enjoy exchanging thoughts and feelings.” We enjoy conversing with different people especially with whom we find a common ground. In each of the three plays, “Coyote on a Fence”, “LiveGirls”, and “Apostasy”, there are social interactions which take place and exploits each character’s point of view on disputable topics, such as the death penalty, homosexuality, and religion. In the end, how will these characters release tension on topics which are subjected to debate and controversy?

“Apostasy” by Gino Dilorio Sheila is a successful Jewish businesswoman faced with terminal illness. Judaism’s teachings no longer provide the comfort she seeks. Dr.Julius Strong, a charismatic black televangelist walks off the TV screen and into her fragile life. She must choose between his arms or the arms of her daughter. This sexually charged drama embraces life’s ironic twists and turns.

“Coyote on a Fence” by Bruce Graham Illiterate but likable, Bobby Reyburn is a funny young guy who loves to do impressions. He’s a member of the Aryan nation, a racist predator convicted of a horrific crime. John Brenan is educated and arrogant, a serious writer who may only be guilty of doing society a favor. As each awaits his faith, one evokes sympathy, the other derision. In vivid scenes, Coyote on a Fence explores the disturbing question: Can one be innocent until proven guilty? This penetrating new drama offers no clear verdict, just utterly compelling theatre.